Older adults who lose their life savings may also lose years from their life, a new Journal of American Medical Association* study suggests.

Looking at more than 8,700 Americans ages 51-61, researchers found that those who lost 75% or more of their net worth within a two-year period were more likely to die over the next 20 years than those who maintained their wealth. For most, that wealth consisted of bank accounts, a home and vehicles — though those with a higher net worth often had businesses or investments, too. 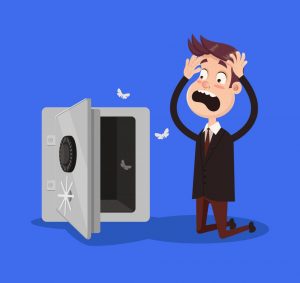 One of the most striking findings, researchers said, was how often families suffered that kind of “wealth shock.” More than one-quarter of the 8,714 study participants lost 75% of their wealth at some point over the 20-year study, conducted from 1994-2014. Another 7 percent had no savings or other assets to begin with.

Why is wealth loss related to an earlier death? The study cannot fully answer that question, according to researcher Lindsay Pool, Ph.D. at Northwestern University.  But, she noted, the stress of losing your financial security — especially later in life — could take a toll on physical health.

The findings, published April 3rd of this year, add to research looking at the health toll of heavy financial loss. Multiple studies have found correlations between such losses and increased risks of depression, anxiety, substance abuse and suicide.

Recent studies have dug into the effects of the Great Recession that began in late 2007 and led to a doubling of the U.S. unemployment rate and millions of home foreclosures. This JAMA study looked at the longer-term fallout, specifically on older adults, who might be particularly vulnerable to the health effects of losing their wealth.

The study underscored that the Great Recession didn’t just cost us our jobs, or savings — but that the toll of the recession can be measured in human lives. There were 65 deaths per 1,000 people in the “wealth shock” group each year, versus 31 per 1,000 among people who held on to their assets.

The study had another interesting finding. The death rate in the “wealth shock” group was similar to that of adults who’d never built up any net worth at all. Therefore, the study seemed to link adverse health effects to both those who lost their wealth and those who never had it.

One of the many goals of financial planning during the retirement years is to prevent these aforementioned “wealth shocks.” Choosing an investment strategy designed to create predictability and minimize volatility can help. Choosing to not save money in the first place – well – at least you’ll know what to expect.

Investing involves risk including the potential loss of principal. No investment strategy can guarantee a profit or protect against loss in periods of declining values. Diversification cannot assure a profit or guarantee against a loss.